Growing rental prices in Berlin, the cheapest places for rent in Britain, growing real estate prices in Belgium, and more.

According to Bloomberg, with reference to the leading online real estate platform in Germany ImmoScout24, in September 2020, the number of residential units available for rent in Berlin decreased by 42% compared to a year earlier. And the number of properties built before 2014 affected by the new legislation fell by 59%.

Some Berlin government officials and tenant associations connect this drop with the pandemic, but the data from ImmoScout and other market watchers suggest otherwise. While the German real estate market came to a standstill at the start of the quarantine, major cities across the country are seeing more rental activity than last year, with the exception of Berlin.

In February 2020, the Berlin authorities introduced the so-called Mietendeckel, which is the rent limit, to prevent Berlin from going the way of cities such as London and New York City, where owners earn huge amounts of money from tenants. The government said the freeze was intended to give tenants "breathing space" while Berlin aims to ramp up construction to at least 20,000 new buildings a year, which should be more than four times than the 2010 level.

However, the law, which is currently being challenged in the Federal Court and risks being overturned in 2021, has spooked landlords. Some of them sell apartments rather than rent them out at discounted prices. According to ImmoScout, in September, the number of housing units for sale in the German capital increased by 13% compared to last year, and the number of such units built before 2014 – by 23%.

Those who can't afford to buy or don't want to buy property often face onerous contracts or deals in the grey market. To avoid losing income, many homeowners have begun requiring tenants to sign lease agreements with two different prices: one will apply, if the rent freeze continues, and the other, a higher figure, will apply retroactively, if the law is found unconstitutional.

Interesting to read: A Matter of Opinion. A Huge Demand for Country Houses in Germany: for How Long?

The French realty market has seen decent growth in the past few months, as urban residents with expensive homes, especially in Paris, have sought to buy properties in rural areas, including in regions such as Poitou-Charente, the NY Times reports.

The main reason for this migration is the desire to have a place to move to in the event of repeated outbreaks of the pandemic. Also, according to experts of Prestige Property Group, more favorable loan terms affected the situation: a 10-year mortgage can be now obtained at 1.5-1.75% per annum.

Despite the fact that France was included in the list of the most popular countries in the world to buy real estate after the quarantine, the share of foreigners has significantly decreased. Many agencies noted a significant increase in transactions, but mostly with French citizens.

In June, foreign home buyers began to return as travel restrictions were lifted. Particularly high interest was observed from residents of large metropolitan areas, such as London, Geneva, Berlin, Amsterdam, Monaco. An additional driving force for the British buyers was the approaching end of the "transition period" of Brexit on December 31, 2020, as the French can make conditions more complicated.

According to a January report by Notaires de France, the share of non-resident foreign buyers in mainland France has been steadily declining since 2008, until it reached a low of 1.7% in 2018. Traditionally, the basis of foreign demand is China, Italy, the USA, Russia and the Middle East.

According to Notaires de France, in the first quarter of 2020, the average cost of existing homes and apartments in the region of New Aquitaine, which includes the now popular region of Poitou-Charente, was €1,730 per square meter. In Poitiers, the historic center of Poitou, the average price of second homes in the first quarter of 2020 decreased by 2.4% compared to a year ago to €160,000.

Good to know: 6 Ways to Save Money on Real Estate in France 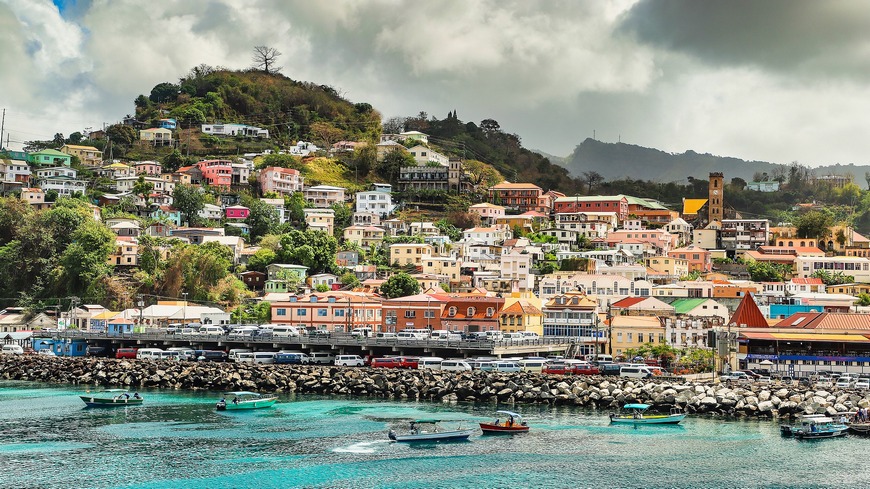 In the first six months of 2020, 161 main applicants and 328 members of their families received Grenada citizenship by investment. They invested $40.11 million in obtaining a passport, which is 34% more than in the same period last year. This is the best result in the history of the program. If the same trend continues in the second half of 2020, Grenada may set a fourth consecutive annual record for the amount of money earned on the program, writes Investment Migration Insider.

Only 18 applications were rejected out of 176 citizens in 6 months. On average, the application included one main applicant and two dependents, which was the same as the family size in 2019.

Since the minimum value of 28% in 2018, the share of applicants who choose the option of investing in real estate has grown steadily and now stands at 47%. This is 10 percentage points more than last year. However, in dollar terms, income from real estate purchases by investors already exceeds those from other investment options.

The Grenada program is a prime example of how smart and dynamic adaptation to current circumstances can serve to a record revenue even in the face of global restrictions and suspension of air travel. On March 18, Grenada announced that it would no longer accept paper copies of documents for the citizenship program and would process applications completely online.

Read more about the rules of getting Grenada citizenship by investment

Only 21% of the monthly salary is required to rent a home in Durham, according to PropertyWire.

Available cities for rent are usually located in the North of the country, including Hull (23%), Stoke-on-Trent, Derby and Carlisle (24% of the salary will be spent on rent).

On the other hand, Oxford is the least affordable city to rent, where you need to give 66% of your salary to pay for rental housing.

The only exception between the North and the South is Manchester, which is the 8th least affordable city with a 39% income-to-rent ratio.

Surprisingly, Manchester is considered the least affordable city, although the city is in high demand among buyers and tenants of real estate. This leads to an increase in rent due to an imbalance in supply and demand. Some of the factors driving these problems are the current recession, COVID-19, increased taxation, new regulations, unemployment, and declining incomes. Despite the difficult sales market, the real estate rental market remains active and with limited supply, which allows you to keep rental prices at a high level.

Open Property Group does not recommend tenants to spend more than 30% of their salary on rent to maintain a decent standard of living.

Also read: Where the Middle Class Lives in London

House prices and sales rise in the third quarter of 2020

The Federation of Royal Notaries of Belgium (FEDNOT) noted that overall real estate activity in the third quarter of 2020 was 11.6% higher than in the same period last year, writes The Brussels Times.

However, according to the report, the market has not yet returned to last year's level.The number of transactions in the first nine months of this year was 3.5% lower than in the corresponding period of 2019.

For the first nine months of 2020, average house prices in Belgium were €274,400, up to 4.7% from 2019. Although prices rose in all three regions, the smallest increase was in Brussels, where the average cost of residential property rose by 3.9% to €497,460. In Flanders, the average price exceeded the €300,000 mark for the first time in history, while in Wallonia it was still 25% lower than the national average.

The average apartment price also increased to €243,820, which is 6.7% more than in the corresponding period of 2019. This is the most significant increase since 2011, as the FEDNOT report says.

Check out available properties in Belgium: Germany is Recognized as the Most Respected Country in the World
Turns out 44% of respondents support the German government. This is 11% higher than in the United... The Best Destinations for Freelancers
Besides earning money, you need to have fun Residence Permit by Real Estate Purchase. 27 Countries
Previosly, we discussed the rules of getting a residence permit in different countries. Some... How to Get a Residence Permit in Germany: Two Proven Ways
Germany does not provide programs for obtaining a residence permit via investment in real estate... Deloitte Named Countries With the Most Significant Increase in Prices for New Building Projects
The leader is also in the first place for property value.