Serbia has no access to the sea. Therefore, the interest from foreign buyers here is not as great as in Montenegro or Croatia. Nevertheless, warm climate, picturesque views, low housing prices, and the ability to easily obtain a residence permit have traditionally attracted people to the local market. But times are changing. Let's talk about trends of 2020-2021.

The Pandemic Forced a Lifestyle Change

Buyers of real estate traditionally focused on the three largest cities of the country Belgrade, Novi Sad and Niš. However, from the start of the pandemic local residents began to leave megacities, as a rule, to the nearest suburbs, so as not to lose their old connections. This has also affected the real estate market.

During the first lockdown in March 2020, the number of transactions fell to a record low, but it quickly recovered, and in the fourth quarter reached a historic high.

In total, 112,000 transactions were concluded in 2020. This is 2.18% more than in the previous year, but 2019 was not the best for the market. Compared to earlier years, there is still a noticeable drop. The total amount of transactions amounted to €4.2 billion. Almost 50% of the market is sales in Belgrade. Vojvodina, an autonomous region where a quarter of the country's population lives, remains in second place with a share of 28%.

The real estate market was supported by two additional factors. Firstly, it is financial assistance from the state to business and the population. Secondly, a serious approach to vaccination. The country received vaccines from several world manufacturers early, and quickly launched a vaccination program. At one time, Serbia ranked third in the world in terms of the percentage of vaccinated. Now more than 40% of the population is vaccinated in the country.

The pandemic has changed the structure of demand: people have become more interested in detached houses, as well as  in green areas, forests or on the banks of rivers, away from the city center. In mountain resorts such as Kopaonik, Zlatibor, Divchibare, the number of sales began to increase sharply, followed by a noticeable increase in prices. During the lockdown period, the jump in prices for country houses reached up to 20%, but then a correction occurred.

The number of apartment sales, on the contrary, decreased by 5.9%. In terms of sales, Belgrade suffered the most: the total value of transactions in the capital in 2020 was 6.12% less than in 2019. And yet urban housing is still the leader in the structure of demand. At the end of the year, 55% of the objects sold were apartments, about 10% were individual houses.

Landscapes in the vicinity the largest mountain resort in Serbia

Prices are Rising Up

The growth of real estate prices in Serbia has been observed over the past few years. The economy was developing, wages and prices for consumer goods were rising, but the value of real estate was growing not just with them, but with a significant advance.

According to a Deloitte study, in 2021 Serbia overtook all European countries in terms of such an indicator as the ratio of the cost of new housing and average wages. A new apartment with an area of 70 sq.m in the country requires an average salary for 15 years of work.

"Apartments for 15,000" which were hunted by foreigners are now in the past. What was on the market finds new owners who are in no hurry to sell, and new buildings are quite at the European level.

According to this indicator, Serbia is approaching Hungary and Croatia and is significantly ahead of Bulgaria.

The highest prices for new housing were noted in Belgrade: an average of €2,150. The most expensive districts of the capital are traditionally Stari Grad and Savski Venac. The average area of sold housing in new buildings in Serbia was 56 sq.m. Outside of the capital in 2020, prices also grew. The maximum increase in apartment prices (13%) was observed in Shumadia and Western Serbia.

Shumadia is one of the parts of central Serbia. Its administrative center is Kragujevac, and one of the major cities of this district is Arangelovac. Belgrade is also located on its territory, but it is separated into a separate administrative region.

Another reason for the rapid rise in real estate prices is that there is no developed investment market in Serbia. In the absence of other financial instruments, people prefer to buy additional housing and rent it out. 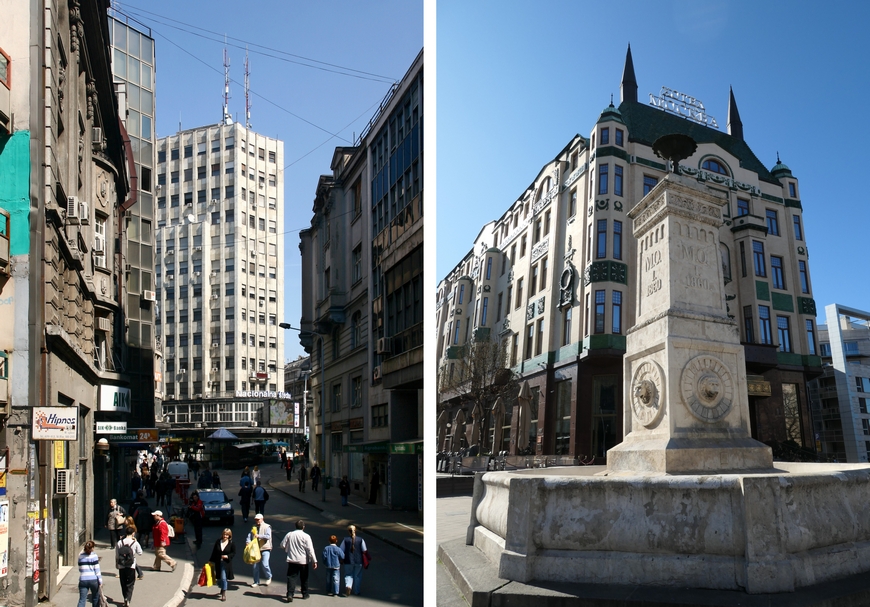 The city centre of Belgrade

Foreigners are Active in the Market

Representatives of other countries make up a significant part of buyers of real estate in Serbia. One of the reasons for their interest is the ease of obtaining a residence permit. It can be requested when buying a home of any value, while you will need to confirm the availability of funds for living in the country.

Housing can also be bought on credit: Serbian banks work with foreigners, the package of documents will be the same as for local ones, but the percentage is higher. Also, digital nomads can move to the country. By the way, Belgrade is in the top places for remote work.

Buyers from abroad are mainly interested in objects in Belgrade, where 10-15% of buyers are foreign citizens.

According to Serbian law, the sale of real estate to foreigners is regulated by the principle of reciprocity. Citizens have the right to freely buy houses and apartments only in those states where Serbs can do it. These places include Russia and most of the other republics of the former USSR, but do not include China and the Arab states. Nevertheless, representatives of these countries apply for a purchase permit and are visible on the market. Expenses and Features of Buying Procedure in Serbia
It is not very difficult to buy real estate in Serbia even for a foreigner. But is that all you... Buying Serbian Real Estate in 6 Steps
What is the procedure of buying realty in Serbia? Can you do it on your own or a notary must be... News and articles on the topic «Serbia»: Serbian Real Estate Review. No Cheap Housing Left
Serbia has no access to the sea. Therefore, the interest from foreign buyers here is not as great... What Are the "Youngest" and "Oldest" Cities in Europe?
This will help investors with choosing the type of property.

Choose among 30 offers in our listing