The US Green Card By Investment

The EB-5 program is probably one of the most reliable ways to immigrate to the States. Loyal conditions are created for this category of immigrants, and they are presented with a short list of requirements: to prove the legality of funds, to invest in business and to create ten jobs. But 2020 made its own adjustments, which also affected the state program. What changes have taken place in the US immigration agenda and how this has affected the final indicators of green cards issued to investors?

EB-5 (Employment Based 5th Preference) is a government program for obtaining a green card through investment in the US economy. With this visa, the investor and their family members (including the spouse and unmarried children under 21) can live and work in any state of the USA. And five years after obtaining a residence permit to apply for citizenship.

Applicants for the EB-5 green card are not required to speak the language or have business management experience. It is important that the applicant does not have any offenses and proves the legality of the origin of the funds.

Under the terms of the program, the investor must:

TEA (targeted employment area) - the regions with a low level of employment. For a project to be classified as a TEA, it must be implemented in rural areas (population less than 20,000 people) or in an area with a high level of unemployment. The latter can be recognized as an urban agglomerate, an administrative district on the territory of an urban agglomerate, and a city. An important condition is that their unemployment rate should exceed 150% of the national average.

An investor can invest in a business independently or through a regional center (RC). It is a company licensed by the U.S. Citizenship and Immigration Services (USCIS) to manage EB-5 investment projects. By the end of 2020, 673 such structures are operating in the country.

Investing through RC has a number of advantages for EB-5 program participants.

First, the regional center provides an opportunity to invest in large projects with the participation of experienced developers.

Second, it cooperates with reliable banks involved in the project.

Third, it provides support at the stage of preparing the business plan and all related documentation. And most importantly, it takes care of all the project implementation and job creation. So for a foreigner, the investment becomes passive.

After the money is invested in the project, the applicant collects a full package of documents (petition I-526) and submits it to USCIS. Here the petition is considered and a decision is made on it.

For more information about the conditions, procedure for obtaining an EB-5 visa and the costs of the program, click HERE.

Changes in the EB-5 legislation

The EB-5 program has been in operation since 1990. Every year it is extended, periodically amended, adjusting the conditions for issuing visas. The end of 2019 and 2020 were no exception in this sense.

The requirements for confirming that projects belong to the territory with a low level of employment were also tightened. As a result, a significant part of the projects stopped meeting the new requirements and did not open a subscription for investors. Licenses were revoked from 155 companies.

January 29, 2020. New rules for processing visa applications have been announced. From March 31, 2020, applications are considered not in the order of submission, but depending on the demand from investors in a particular country. That is, first of all, applications from applicants from states that do not exceed the limit for issuing green cards at the time of submission are processed.

Meanwhile, in 2020, EB-5 investors faced huge delays in processing I-526 applications. The US Immigration Service said that the maximum time for processing applications can reach 68.5 months.

As of October 27, 2020, by a decision of the US District Court, the loan funds for participation in the EB-5 program are no longer considered outstanding. Previously, the capital received from loans was classified as "debt", and not as "cash", therefore, the loans issued had to be secured by their own assets.

Since April 2020, the decree of US President Donald Trump has temporarily suspended the issuance of visas to the United States for certain categories of migrants. On June 24, the decree was extended with the expansion of the list of persons to whom these restrictions applied. EB-5 visas were singled out as an exception and were not banned.

Who needs the EB-5 program

In 2020, the number of investors who filed an I-526 petition for an EB-5 visa increased by a modest 4% to 4,300 applications. Of these, 97% were filed in the first quarter. In the next nine months, the number of applications fell 20 times compared to the same period in 2019. Such data is provided in the US Investment Immigration Survey 2020 by Second Wind.

Since the consulates were closed for almost half of 2020, applications were considered by 27% less compared to 2019. There are already more than 15,000 applications waiting. The application processing time continues to grow. If in 2019 the process took 19 months, then in 2020 - 31.2 months.

The total number of EB-5 visas issued decreased at the end of the year. Taking into account the change in status, the indicator reached the level of 3,500 green cards. The leader is China (just over 1,000 visas), although its share in the percentage has been decreasing since 2017.

Meanwhile, the annual quota for issuing a residence permit under the EB-5 program of 10,000 visas has not been selected. Therefore, in 2021, it is increased to 18,600 permits. Experts believe that, taking into account the suspension of the consulates in 2021, the quota in 2022 will be more than 19,000 visas.

Also read: What Determines the Rental Market in the United States and What an Investor Can Expect

According to statistics, more than 90% of applicants for a residence permit invest through regional centers. For potential applicants the EB-5 investment market is at an early stage of development. Therefore, the major regional centers of the program conduct targeted work with investors. 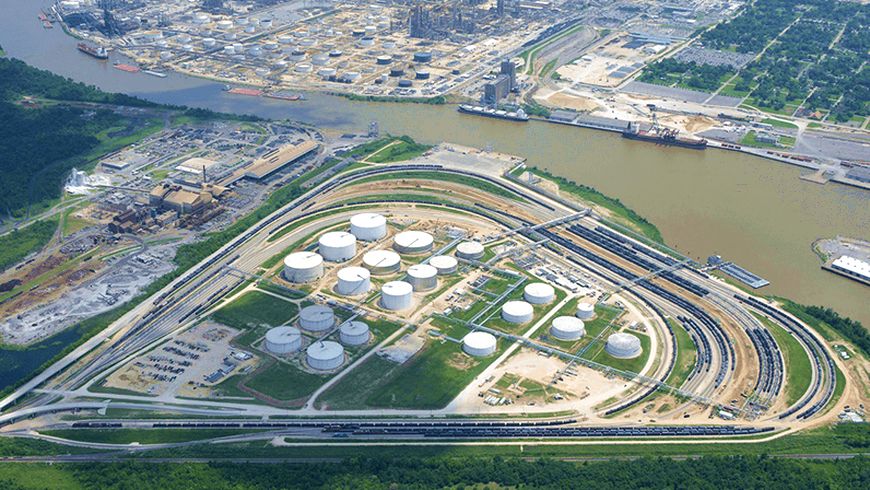 About the project. Fortress Transportation & Infrastructure Investors is engaged in the expansion of storage capacity and the development of pipeline transportation systems at Jefferson Terminal, a logistics facility for crude oil and refined products at the port of Beaumont. 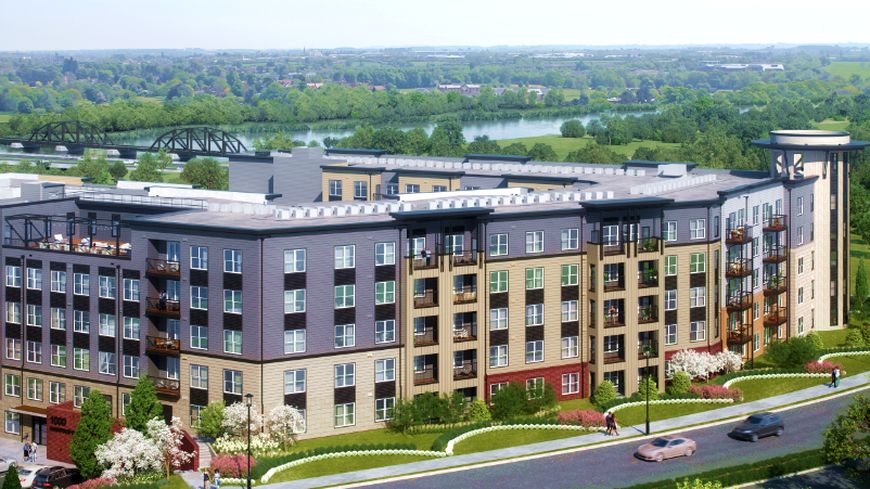 About the project. This is the second phase of a development project to build rental apartments in a residential complex located along the Occoquan River embankment in the suburbs of Washington. This location is one of the fastest growing and most popular among the suburbs of the capital of America.

The regional center is one of the largest RCS, operating since 2008. It has 100% approval of projects by the US Immigration Service. Under the EB-5 program, 28 projects have been launched, and 12 investments were paid out. 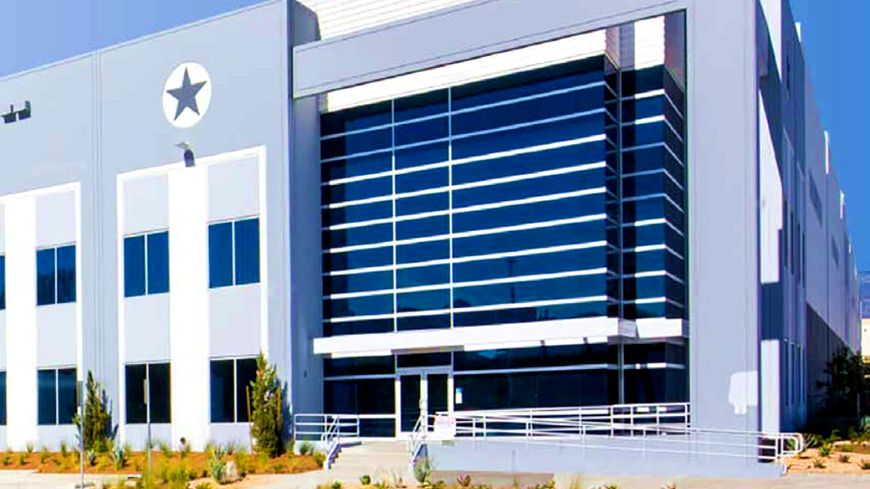 About the project. Construction of a logistics center for the storage and distribution of goods. The object under construction has a signed lease agreement for a period of 15 years with the largest American company engaged in online trading. The project is located near the Detroit International Airport and major transport interchanges. The developer is Hillwood.

The regional center is one of the oldest and largest RC, operating since 1997. It has more than 70 launched projects under the EB-5 program, and investments in more than 30 projects have been returned to investors in full. House Prices in Israel Have Increased by 346% in 10 Years
All that with impressive wage growth and low inflation rates. How to Avoid the Problems of Wrong Real Estate Investments Abroad
In this article you will find out what are the mistakes to avoid when you decide to invest... New Opportunities of the American Real Estate Market
The presidential elections seem to have a positive outcome for investors. Start a Business Abroad. The Most Popular Countries
Many entrepreneurs have considered starting a business abroad at some point in life. Some of them... News and articles on the topic «USA»: New Yorkers Move to Basements
And they find many advantages in such a choice. Useful topics about the USA:

Cancel Yes
Interested in real estate in the USA?

Choose among 136 offers in our listing